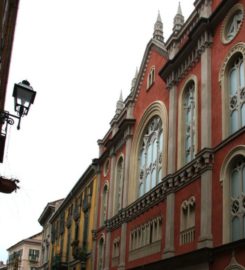 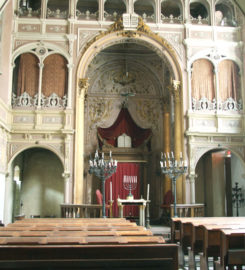 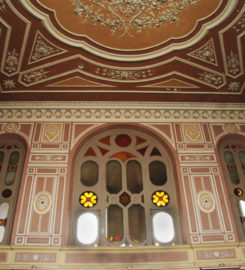 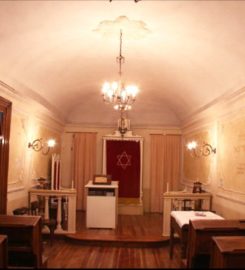 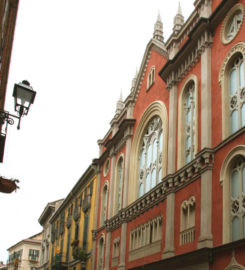 The synagogue in Alessandria is the result of the transformation of a former building situated in the heart of the area that was once the ghetto. Since as far back as the late 18th Century, in addition to its other functions it had a small disguised oratory in the courtyard.

As in many other cities, the Community chose to celebrate the 1848 Emancipation by erecting a new monumental synagogue as a symbol of integration with the local society. Opened in 1871 after four years of work, the architecture of the new synagogue was of an eclectic style with neo-Gothic influences, especially in the imposing façade punctuated by arched windows

and crowned with pinnacles. The hall, situated on the first floor, is arranged according to the model of Christian churches, with the tevah and aron placed together in the same space and the seating for the congregation facing them. On the short sides are two orders of loggias, defined by slender columns; on the entrance wall is the women’s gallery and around the large niche with the aron is the choir and the organ.

Following the Nazi devastations of 1944 the furniture in the synagogue was destroyed. After the war it was replaced with furniture from the dismantled synagogues of Nizza Monferrato and Acqui Terme. On the ground floor is a second small synagogue for use on weekdays.