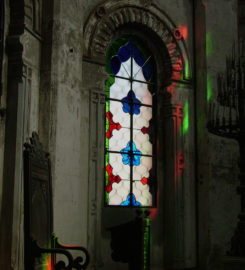 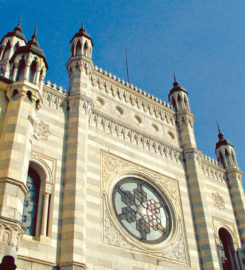 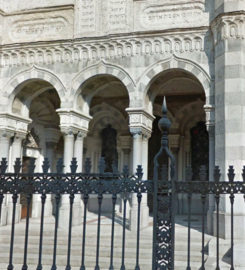 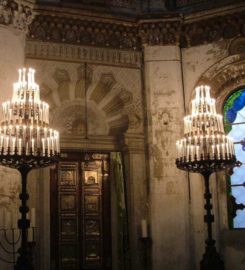 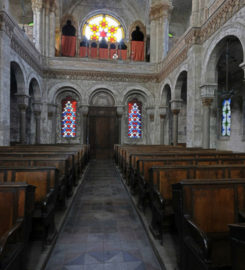 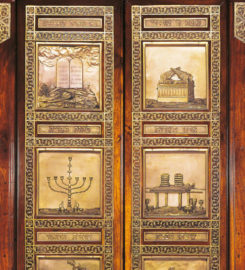 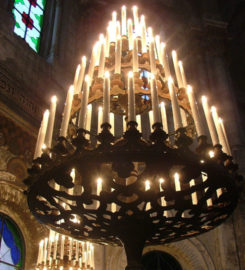 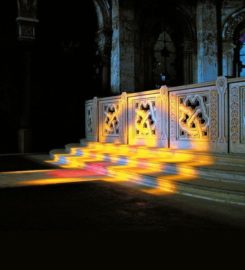 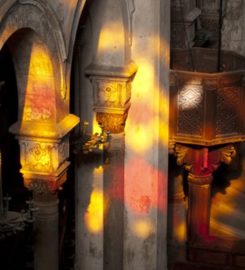 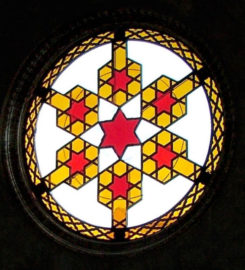 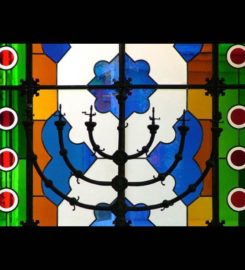 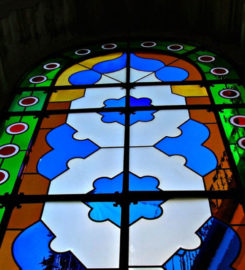 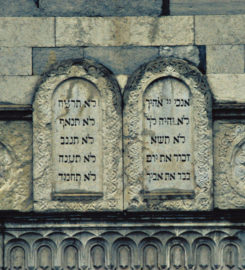 Liberated from the constraints of the ghetto, the Community of Vercelli decided to celebrate the new climate of social equality by erecting a solemn new synagogue, which would represent Jewish presence in the city.

The project was commissioned to the architect Marco Treves, a successful Jewish  professional of Vercelli and leading authority on Jewish architecture of the post-emancipation period. Treves, who had been working for years in another city, agreed to draw up the preliminary stages of the project and to remotely monitor its development; on the site, meanwhile, the works would be supervised by architect Giuseppe Locarni. After around ten years of preparatory studies construction works finally began in 1874 and the building was completed in 1878.

The eclectic architecture of the synagogue is heavily influenced by the Moorish style, which is common to many contemporary synagogues in Europe. It also has the same basilica plan with three naves: a central full-height nave and those at the side dominated by the arcades of the women’s gallery. The arrangement of the furniture is based on the Christian model. The tevah is placed in front of the aron in the apse at the far end, while the entire nave accommodates the benches for the congregation, aligned in parallel rows. The stained glass windows create evocative colour effects on the interior walls.

The synagogue covers a total area of over one thousand square meters, bearing witness to the prestige of a community that played an active part in promulgating and developing new ideas of civil and political progress.

As of 2003 the synagogue is open to the public for the most important religious celebrations, with special initiatives and guided tours organised periodically. Works are also proceeding on the renovation of the building and its furnishings after years of neglect and decay.